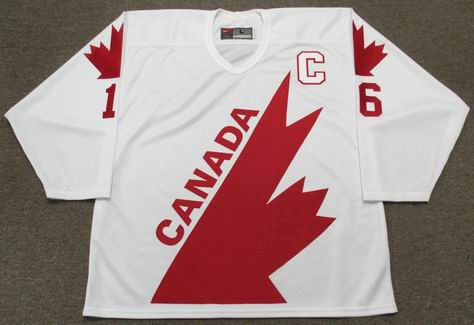 Team Logo(s) Features:
"Canada" team logo is on the front and each sleeve of the jersey in 1-color