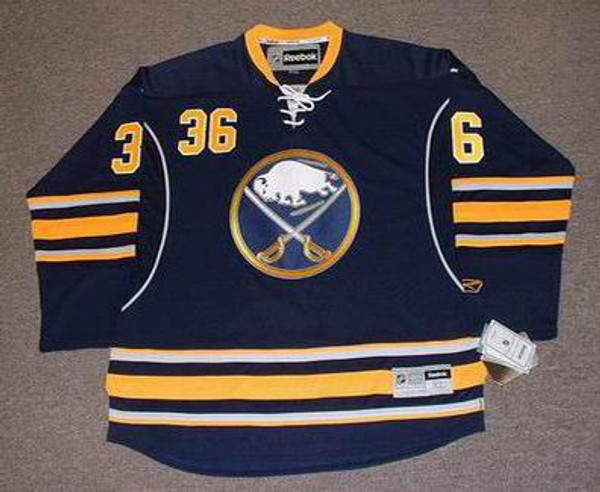 Team Logo(s) Features:
- As with every Reebok Premier model the "Sabres" front embroidered crest is "Glued" on the jersey

Players Name and Numbers "Customization" features:
- "Kaleta" is sewn on a Name Bar which is then sewn on the back of the jersey in 1-color
- # 36 is sewn on the front, back and each sleeve of the jersey in 2-colors
- The name and numbers are customized (sewn) in the "Sabres" official style font and colors as worn during this period
- All customization is done in Pro Twill fabric