The Most Amazing NFL Stadiums

What makes a great football stadium? For a lot of fans, there’s no place like home—their local stadium is the only place to be. A big part of that has to do with hometown favoritism, which is perfectly understandable. It’s hard to beat the buzzy excitement of finding yourself among thousands of fellow fans on game day. But at the same time, nobody seriously thinks that the only difference between one NFL stadium and another is the team paraphernalia that the fans wear to the games.

Some stadiums just have a sort of aura about them, whether due to their design features, their fanbase, or their importance to the history of the game. Given that, let’s explore some of the most notable and historically important NFL stadiums currently operating. 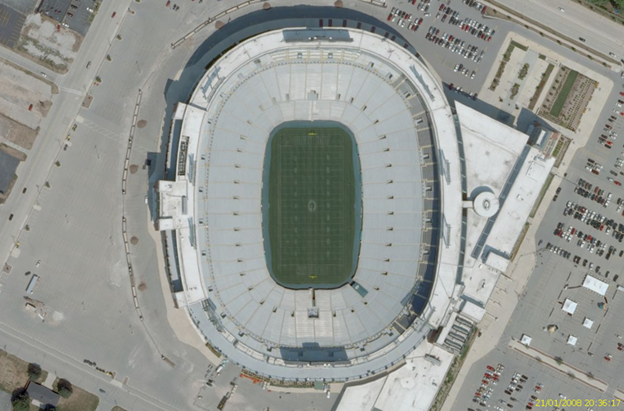 They do things differently over in Green Bay. It’s not just that the Packers are the only publicly owned team in the National Football League, or that they can lay claim to no fewer than thirteen NFL titles (four of them in the Super Bowl era), or that they’ve somehow cultivated what is likely the most passionate fanbase in professional football within a city of barely over 100,000 people.

No, you can’t really talk about the uniqueness of Packers fandom without making reference to the legendary Lambeau Field, where the team has been in residence ever since the place opened way back in 1957. That makes it the NFL's oldest continually operating stadium. (Although Chicago’s Soldier Field opened in 1924, the Bears didn't actually start playing there until '71.)

Lambeau, which was called City Stadium until ’65, has been the site of some notable highlights in NFL history. This includes the 1965 NFL Championship Game—the last such title game prior to the creation of the Super Bowl—that saw the Packers, led by the incomparable Vince Lombardi, defeat the Cleveland Browns, 23-12.

You also can't leave out the famed "Ice Bowl," otherwise known as the 1967 NFL Championship Game, in which the Lombardi’s Packers (literally) skated past the Dallas Cowboys, 21-17, as the wind chill dropped below −50 °F and the field’s heating system malfunctioned under the strain. That notoriously frosty game was also responsible for inspiring Lambeau's nickname, "the Frozen Tundra." But arguably the most momentous event in the stadium's history happened in 1993 when Packers safety LeRoy Butler ran a recovered fumble into the end zone and exuberantly jumped into the bleachers, thus inventing the Lambeau Leap.

To accommodate its fervent fanbase, the stadium has made various renovations over the years. The 2017 opening of Johnsonville Tailgate Village, located in Lambeau's eastside parking lot, broadened the range of pre-game attractions for fans. The stadium’s seating capacity has also been expanded from time to time. Today, it holds over 81,000 seats—enough to fit most of the population of Green Bay in there. And on any given Sunday, it certainly seems as if most of Green Bay is, in fact, trying to get inside Lambeau Field. As of 2019, there were around 137,000 (!) names on the Packers' season ticket waiting list.1,2,3,4,5,6,7,8 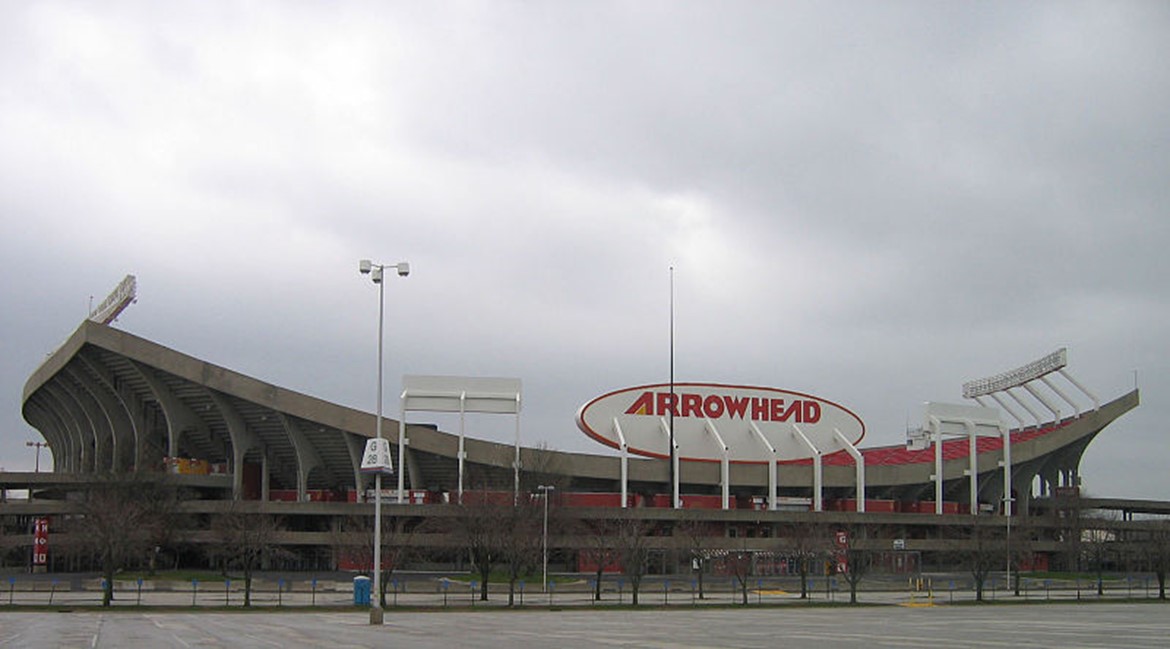 Arrowhead is one of the oldest stadiums in the present-day NFL, and as you might expect it has seen quite a bit of action since it opened its doors in 1972 as the home base of the Kansas City Chiefs. The thing is, much of that action has tended to come from Chiefs fans, a notoriously rowdy bunch—and we mean that in the best possible way.

Other teams have their loyal supporters, but nobody is quite vocally enthusiastic as the crowd over at Arrowhead. Even Guinness World Records agrees with that assessment: Chiefs fans have twice set the world record for the loudest noise ever recorded at a stadium. They did it first on October 13, 2013, when a game against the Oakland Raiders inspired a roar from the crowd that hit 137.5 decibels. Weeks later, the record was snatched away from Arrowhead by Seahawks fans in CenturyLink Field who managed to create a ruckus just 0.1 decibels louder. Not to be denied, the Arrowhead gang reclaimed the world title for noise on September 29, 2014, by whooping it up to the tune of 142.2 decibels during a Chiefs-Patriots contest. That record still stands.

Of course, there’s a lot more to Arrowhead Stadium (seating capacity: 76,416) than a lot of screaming. When fans aren’t shouting their heads off, they’re stuffing their mouths with food and drink—the stadium is noted for its vibrant tailgating scene. It also boasts one of the most eye-catching structural designs in the NFL. Each end of the stadium has a concave dip that accommodates a vaguely football-shaped monitor that, viewed from a distance, seems to be suspended in mid-air. The site also has a 26,000-square-foot Hall of Honor dedicated to the history of the Kansas City Chiefs.

Finally, Arrowhead can take credit for one of the more underappreciated innovations in the history of NFL stadiums: the directional arrows next to the yard line numbers. Those things came to be really useful as an orientation aid for TV viewers, who usually can’t see the whole field at one time. Arrowhead started using them in 1973; by the end of the decade, they were mandatory across the entire league.9,10,11,12,13,14 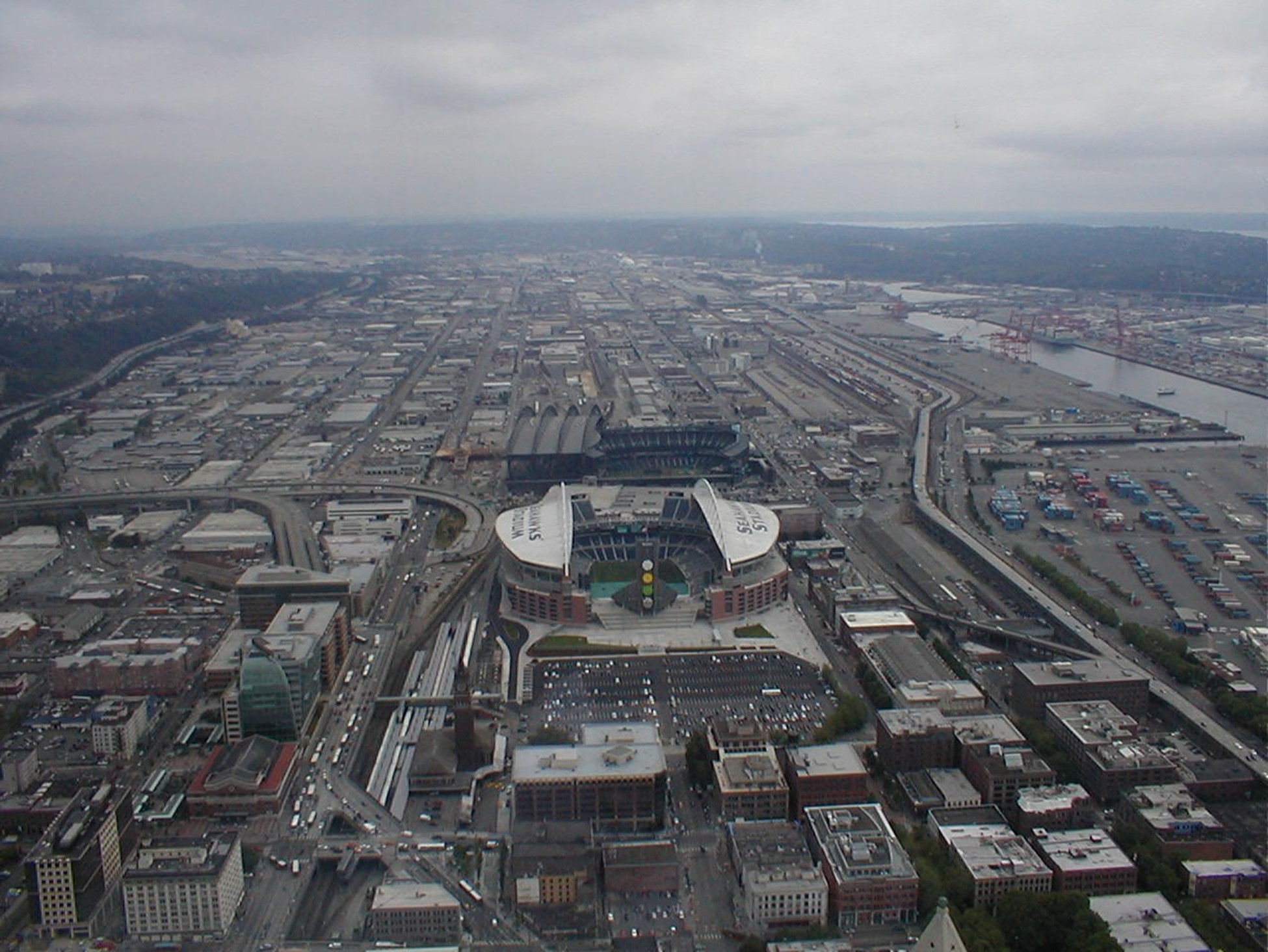 CenturyLink Field, which opened in 2002 as “Seahawks Stadium,” lacks the impressive history of the other two sites we have discussed so far, but it makes up for its youth by being a marvel of construction. There's a lot to like about its design, which is basically the result of needing to cram as many seats as possible in an urban area where available space is in short supply.

The stadium’s cantilevered construction creates two tiers of seats and angles them toward the field to provide better eyelines. It has a U-shaped configuration whose open end reveals a clear view of downtown Seattle. Its clamshell-like roof covers most of the seats—an important factor in rainy Seattle—while leaving the field itself open to the elements.

What’s really kind of extraordinary about CenturyLink Field is a characteristic that has made it highly controversial among the Seahawks’ opponents: The place is really noisy. As we’ve mentioned, it literally used to hold the world record for noisiness prior to losing it to Arrowhead Stadium.

The stadium has a number of design features that help to augment all the racket the crowd tends to make. For one thing, the shape of the roof serves to bounce crowd noise back onto the field. Most notably, the infamous "Hawks Nest"—forty rows of aluminum bleacher seats behind the end zone—was purposefully built to enhance the sound created by fans stomping their feet out there.

That’s right—CenturyLink Field was engineered to weaponize crowd noise. And you had better believe that Seahawks fans are well aware of that fact. It’s not a coincidence that visiting teams have a long history of incurring false start penalties. All that racket is tough to ignore. The New York Giants collected no fewer than 11 false start flags during a 2005 contest here. You can see why the stadium routinely flies its "12th Man Flag" in the south end zone.15,16,17,18,19,20

This is hardly a complete list of the best NFL stadiums, but this article would get awfully long if we were to explore all the architectural wonders to be seen in the world of pro football, so don’t feel bad if your personal favorite isn’t here. There’s no reason to dwell on the negative—not when we have an incredible selection of retro NFL jerseys for your inspection.