The Best NHL Forward Lines of All Time

In the sport of hockey, the forward line is where most of the excitement happens. It’s understandable, then, that hockey tradition tends to assign a memorable collective name to particularly effective forward lines.

The annals of the sport is filled with names like the Mafia Line, the KLM Line, the GAG (Goal a Game) Line, the Grumpy Old Men, the Grind Line, the West Coast Express, the Bread Line, the Legion of Doom, the Pony Line, and many more. Though this naming tradition has declined somewhat in recent years, it’s still part of the game.

Given all the notable forward lines that have played over the last century, it’s inevitable to ask: Who’s best? Which trio of centre, left wing, and right wing stands above all others? This is the point where we insert the standard disclaimer that these lists are subjective and that there is no final answer. Having gotten that out of the way, let’s dive into hockey history and explore the best forward lines ever to hit the ice. 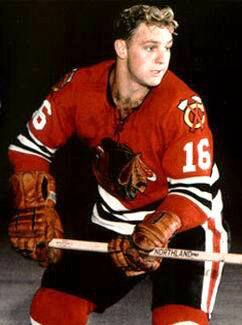 The Blackhawks are one of those teams that have put several amazing forward lines on the ice over their history. The Blackhawks can lay claim to the MPH Line (Pit Martin, Jim Pappin, & Dennis Hull) of the ‘60s-‘70s, as well as the Party Line (Steve Larmer, Denis Savard, & Al Secord), who dominated in the ‘80s. But for our money, the Blackhawks never had a finer forward trio than the Million Dollar Line of the early '60s.

Hull, Balfour, and Hay were the main reason the Blackhawks captured the Stanley Cup in 1961. It was the team’s first Cup since the ‘30s. The Million Dollar Line returned to the Stanley Cup Finals in 1962 and two-thirds of them (after Balfour was traded) made it back to the Finals in 1965. Hull also nabbed his second Art Ross Trophy during this era.

Although Hull is the biggest name in this particular line, it's important not to discount the contributions of the others. They certainly played an invaluable role in making the future Hall of Famer look so impressive.1,2 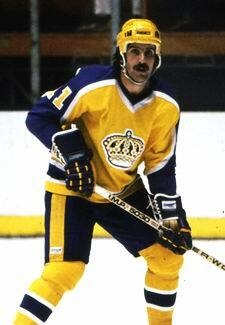 Many forward lines are dominated by one player, with the other two serving essentially as support roles. That was certainly not the case with the L.A. Kings’ Triple Crown Line, which reigned from 1979 to 1984.

Dionne, Taylor, and Simmer operated as a true unit, and the balanced dynamic of this trio is reflected in the stats they racked up. In the 1980-81 season, they became the first line in NHL history to end the schedule with each player over the 100-point mark. Dionne had 58 goals and 135 points; Taylor, 47 goals and 112 points; Simmer, 56 goals and 105 points.

The following season, the Triple Crown Line engineered one of the biggest upsets in hockey history, the “Miracle on Manchester” that eliminated Wayne Gretzky and his Edmonton Oilers from the playoffs.

The Triple Crown Line might have achieved even more if not for injuries, to say nothing of the team’s difficulties in keeping pucks out of their net. Nevertheless, they still hold a place of honor in the hearts of L.A. Kings fans.3 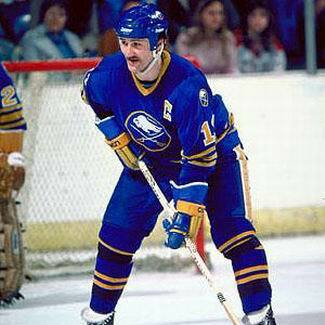 These three French-Canadians from Quebec remain legends among hockey fans in Buffalo. They were so popular that somebody went and recorded a song about them ("Look Out Here Comes the French Connection").

There’s no mystery why they’re so loved by local fans. The French Connection (named after the Oscar-winning film from 1971) were the main reason why the Buffalo Sabres went from a typically mediocre expansion team to one of the major contenders of the 1970s. The Sabres have never had a better forward line—and some would say that no team ever has.

Perreault, Martin, and Robert launched the Sabres into the playoffs in only the franchise's third season, and then all the way to the Stanley Cup Finals in 1975. During the Connection's seven-season career, the Sabres made the playoffs every time but once.

All three members eventually had their numbers retired by the team. Perreault was inducted into the Hockey Hall of Fame in 1990.4 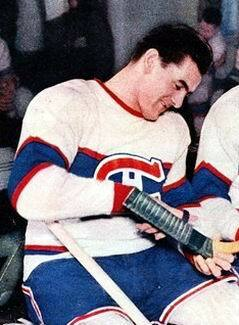 They didn’t call them the Punch Line because they were funny guys. Actually, opposing teams were more likely to cry than laugh when Richard, Blake, and Lach were on the ice. During their brief reign in the 1940s, there was no stopping this trio.

In the 1943-44 season, they racked up 220 points among them and led the Canadiens to a four-game sweep of the Chicago Black Hawks in the Stanley Cup Finals. Two years later, they earned another Stanley Cup win by trouncing the Boston Bruins in five games.

This was also the period when Richard had his "50 goals in 50 games" season (1944-45), a feat that almost certainly would not have been possible without the expert aid of his fellow forwards. Lach, Richard, and Blake completed that season 1-2-3 in the NHL scoring leader rankings.

Blake's severe ankle injury, sustained in January 1948, ended his career and that of the Punch Line as well. All three men eventually made it to the Hockey Hall of Fame—Richard in 1961, Lach and Blake in 1966.5,6,7 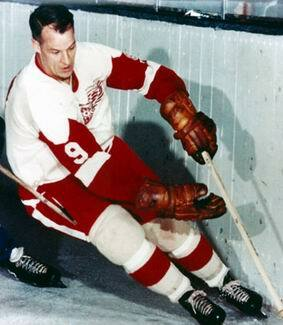 When Tommy Ivan became head coach of the Detroit Red Wings, he promptly had one of the greatest ideas ever. He decided to put veteran centre Sid Abel on the same forward line with a pair of youngsters named Ted Lindsay and Gordie Howe. The three men got along so well that they agreed to spend extra time practicing with one another. The results were, well, productive.

Powered by the Production Line, the Red Wings made the Stanley Cup Finals in 1948 and 1949, but fell short each time. Howe and company would not be denied for long, though. They captured the Cup in 1950 and—in a four-game sweep of the Canadiens—1952 as well.

The three members of the Production Line came in 1-2-3 on the NHL's scoring charts for the 1949-50 season. They also nabbed the Art Ross Trophy three times in this era (Howe twice, Lindsay once).

The Production Line came to a stop when Abel was traded to the Black Hawks in 1952, but not before this trio made an indelible mark in hockey history. All three members later became Hall of Fame inductees: Lindsay in 1966, Abel in 1969, and Howe in 1972.8

There are other worthy candidates for any list of the best NHL lines of all time. You could easily make a case for the Canadiens' Dynasty Line of the late ‘70s, with Steve Shutt, Guy Lafleur, and Jacques Lemaire. Or the Stastny Brothers, one of the top lines of the early '80s. Or the Sky Line that energized the Pittsburgh Penguins of the '90s.

No matter what your favorite line is, though, you’re likely to find a high-quality replica jersey of theirs right here at Custom Throwback Jerseys. Feel free to check out our inventory of authentic NHL jerseys from all eras of the league’s history. Whether you want a few vintage New York Islanders jerseys, or apparel honoring more recent stars like Sidney Crosby and Alexander Ovechkin, we've got you covered.