There is something about baseball that inspires the creation of larger-than-life legends, which probably has to do with the unique reverence the game has in North American culture. The history of the sport is wrapped in a sort of hazy aura. Its famous figures can seem more like Homeric heroes than merely world-class athletes, and its playing venues can seem like literal Fields of Dreams. You don’t really see that tendency to the same extent with other sports. They all have their justly revered superstars, without question, but for some reason it’s hard to imagine them showing up in Kevin Costner’s cornfield.

This tendency toward mythologization also probably explains why the history of this great sport is filled with a lot of famous events that aren’t really true, at least not the way everyone likes to think. What follows is a look at some of the more well-known Major League Baseball myths that people need to stop believing.

Myth: Jackie Robinson Was the First African American in the Major Leagues 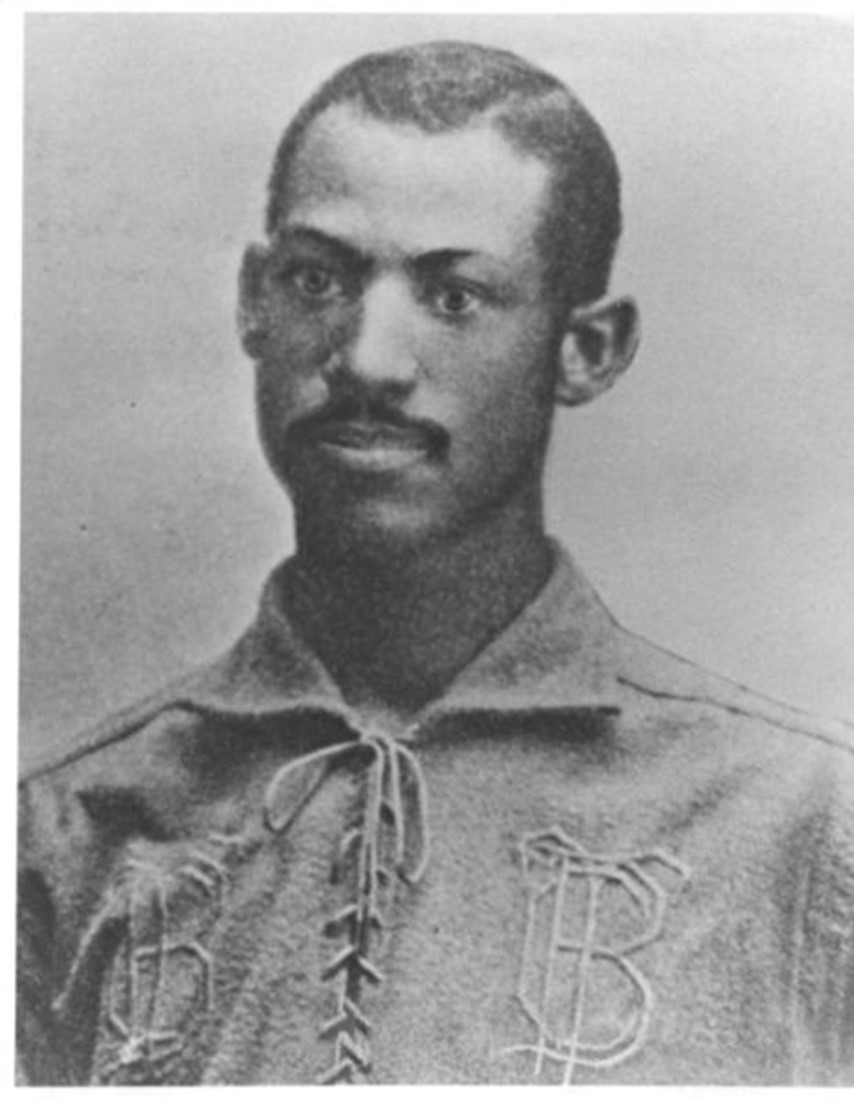 Most people know the essence of the Jackie Robinson story. He was the man who “broke the color barrier” by joining the Brooklyn Dodgers in 1947 and going on to have a brilliant career that proved to everyone that African Americans had a rightful place in MLB. That’s not quite accurate, though.

Certainly, there’s no question that Jackie Robinson was an amazing all-around player: He excelled in multiple fielding positions; he twice led the NL in stolen bases; and his .311 career batting average puts him ahead of Pete Rose, Hank Aaron, and quite a few other notables. He’s one of baseball’s true inspirational figures. It’s just that Robinson’s status as first African American player in the majors is in dispute. That honor should probably go to Moses Fleetwood “Fleet” Walker (1856-1924).

In 1884, Walker played for the Toledo Blue Stockings of the major league American Association. A skilled catcher, he had an eight-year baseball career that was spent mostly in various minor league and semi-pro teams. His sole season in the major leagues was filled with ugly drama, as many fans, and even several of Walker’s own teammates, openly objected to his presence on the field. Like Robinson, though, he persevered. But after 42 games, injury forced him to leave the team.

Baseball historians also sometimes point to another candidate as first-ever African American player: William Edward White (1860-1937), who played exactly one game for the Providence Grays of the National League in 1879. However, he was apparently able to “pass” as white and, for that reason, is often not considered the first true African American player.1,2,3,4,5,6 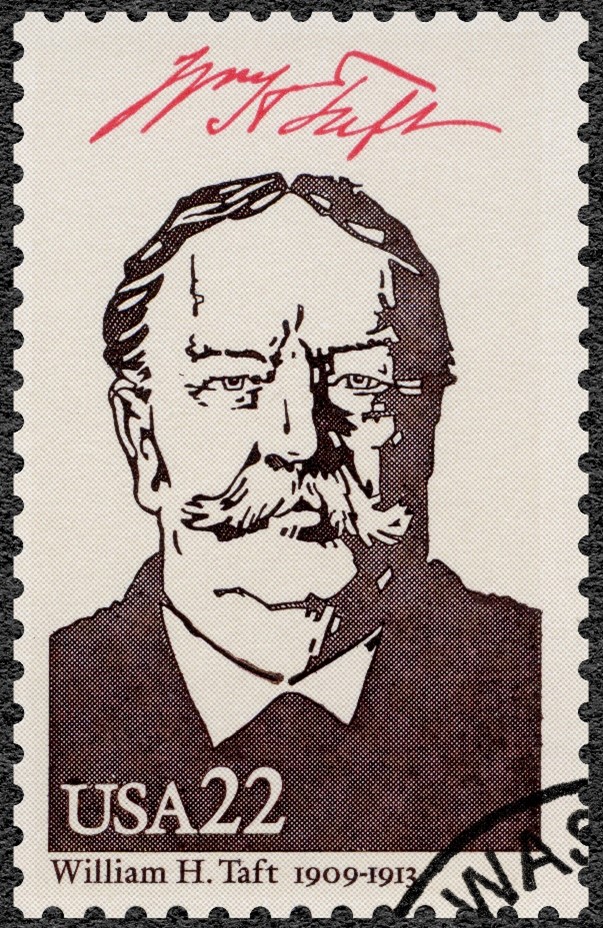 William Howard Taft, the 27th president of the U.S., was a life-long baseball fan who originated (in 1910) the tradition of the POTUS throwing out the ceremonial first pitch of the season. That’s an established fact disputed by no one. But Taft is also erroneously credited with starting another one of baseball’s charming traditions: the seventh-inning stretch, that pleasant ritual where everyone in the stands gets up and gives their cramped legs a little exercise.

Supposedly, Taft invented the seventh-inning stretch on the same day he threw that history-making ceremonial pitch! It has been said that Taft, who at 6’2” and 300-plus pounds was not exactly comfortable in confined spaces, decided to rise from his seat in the middle of the seventh inning for some much-needed relief. Everyone else in the stands decided to rise as well out of respect for the president. And—the story goes—fans have been getting out of their seats in the seventh inning ever since.

A fun story, isn’t it? The only problem with it is that we have records of a seventh-inning “rest period” happening, at least on occasion, as far back as the 19th century. For instance, we know that fans of the Cincinnati Red Stockings of the National Association of Base Ball Players (NABBP) got into the habit of doing the seventh-inning get-up-and-move thing in 1869, when Taft was still a kid. Incidentally, the Red Stockings had a 57-0 record that season, so maybe they were on to something with that seventh-inning break.7,8,9

Myth: The World Series Is Named After a New York Newspaper 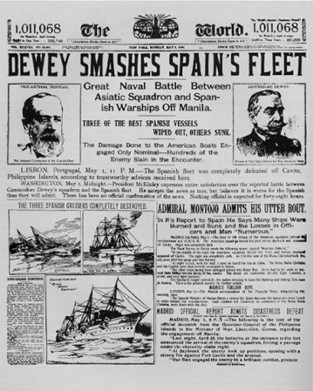 So how did the World Series get its name? Over the years a lot of fans have pointed out the absurdity of having a so-called “world's” championship decided by teams who never need to set foot outside North America. Indeed, when the first official World Series took place in 1903, literally every single MLB team was based out of the eastern half of the U.S.

Maybe that’s why so many fans think that the “World” part of the World Series actually refers to something else, specifically the newspaper known as the New York World, which was published from 1860 to 1931. The theory is that the New York World, owned by famed publisher and attention seeker Joseph Pulitzer, sponsored the World Series in those early days and even inspired its name. It’s one of the more popular baseball legends, but it’s just not true.

Without a doubt, Joseph Pulitzer was the sort of person who understood the value of a publicity stunt. Nonetheless, there’s zero evidence that his New York World ever sponsored the World Series or had anything else to do with its formation. Naming baseball’s biggest event the World Series was just a continuation of tradition.

As many fans of the dead-ball era could tell you, the first event to be called the World Series actually happened back in 1884, when the Providence Grays (National League) beat the New York Metropolitans (American Association) in a three-game contest. The Grays were awarded a silk pennant that read “World Champions.” Although this contest, like the other “World Series” of the 19th century, is not officially recognized by MLB, it did have an influence on baseball history.

Furthermore, the 1886 World Series was termed “The World's Championship” by Spalding's Official Base Ball Guide, a precursor to The Sporting News Baseball Guide. In fact, it was quite common to make mention of “world’s champions” in baseball well before the 1903 Series. None of this had anything to do with Joseph Pulitzer or his newspaper.10,11,12,13,14,15,16

It’s likely that no one in baseball history has been victimized by damaging myths more than Ty Cobb. There’s no question that he was pretty rough around the edges and prone to getting into brawls with people who offended him. On one occasion, he even bolted into the stands to give a heckling fan a personality adjustment. Even so, it’s also true that his reputation has inspired a lot of exaggerations and outright falsehoods that continue to float around this superstar of baseball nearly 100 years after his retirement from the sport.

Did you hear about the time Cobb killed a mugger? Never happened—he chased away three (!) muggers during an incident in Detroit, but none of them died. Or how about when he killed a black waiter at a Cleveland restaurant in a racist fury? That didn’t happen either—they just got into a brief tussle, and the waiter wasn’t even black. But isn’t it still true that he hated black people? Actually, during the ‘50s he was an outspoken advocate of integrating the major leagues when a lot of people continued to have misgivings about it.

What about his habit of sharpening the spikes on his shoes? That’s an old accusation against Cobb—he allegedly liked to have really sharp spikes that, shall we say, heightened the effectiveness of his feet-first slides into bases that were being blocked by opposing players. However, this seems to be another one of those baseball myths that, while plausible, have no evidence supporting them.

Sharpening spikes wasn’t an unheard-of practice back then, but generally speaking it was favored by players who wanted to be able to run better, not injure anybody. Basemen and catchers sometimes did get poked by the sharp spikes of a sliding player, but it was usually an accident, and there’s nothing to suggest that Cobb in particular ever purposely skewered anybody that way. His old Tigers teammate Germany Schaefer insisted that Cobb "never cut a man with his spikes intentionally in his life.”

In fact, the evidence seems to support the impression that Cobb rejected the practice of playing with sharp spikes. In 1910, he sent a letter to AL President Ban Johnson exhorting him to create a rule requiring players to blunt sharp spikes in order to prevent injuries. Cobb may have had a mean streak, but there’s no proof that he was into cutting up other players.17,18,19,20

Custom Throwback Jerseys has the finest collection of vintage sports jerseys on the internet—and that's definitely no myth. Explore our catalog of authentic MLB baseball jerseys.