For baseball fans, everything leads up to the World Series, the annual best-of-seven event between the champions of the National League and American League. The winner of the World Series receives the Commissioner's Trophy, not to mention the honor of being regarded as the best squad in the known universe, at least until next season.

It goes without saying that the history of the World Series is one of huge dramatic moments, including some of the most famous incidents in the history of the sport. It’s a history that goes back well over a century—exactly how far back is the subject of debate among fans.

Attempts to crown the king of baseball can be traced back to the middle of the 19th century. The old National Association of Base Ball Players (1857-1870) put on a best-of-three games series to determine its “champion.”1 In 1876, the St. Louis Brown Stockings and the Chicago White Stockings, the two best teams in the National League, competed against each other in a one-off series for the title of "Championship of the West.”2 Finally, the year 1884 saw the arrival of a “World’s Series” that would be contested by the champs of the National League and the American Association.

According to MLB, however, none of these events should count as a true World Series. Officially, the first real World Series took place in 19033 when the Boston Americans beat the Pittsburgh Pirates in what was actually a best-of-nine event. Since then, the World Series—the “Fall Classic”—has hosted a number of incredible happenings. Let’s explore some of these. 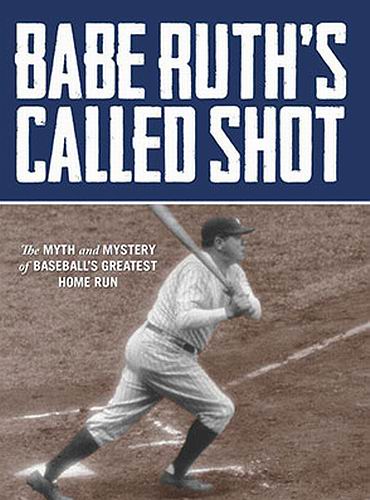 It’s one of those incidents that people keep arguing about. We know what happened immediately before it, though.

It was the fifth inning of Game 3 between the New York Yankees and the Chicago Cubs, and things were getting wild down at Wrigley Field. The Cubs dugout and the 50,000 or so fans in the stands mercilessly heckled Babe Ruth, who had already hit one homer that game, as he took four pitches from the Cubs’ Charlie Root.

The count was 2-2. Prior to the fifth pitch, Ruth seemed to make a gesture toward center field. He knocked Root’s next pitch right over the center field wall.4

This incident led to the legend of the “called shot,” where, as the myth goes, one of the best players in baseball history predicted he’d hit a home run and proceeded to keep his word like the stand-up guy he was. Ruth himself liked to claim that it happened that way. Others aren’t so sure. Some commentators believe that Ruth actually pointed defiantly at the Cubs’ dugout in response to all the verbal abuse he was receiving. Film footage of the “shot” doesn’t clear things up one way or the other.

In any event, the Yankees ended up winning game 3 and the World Series. 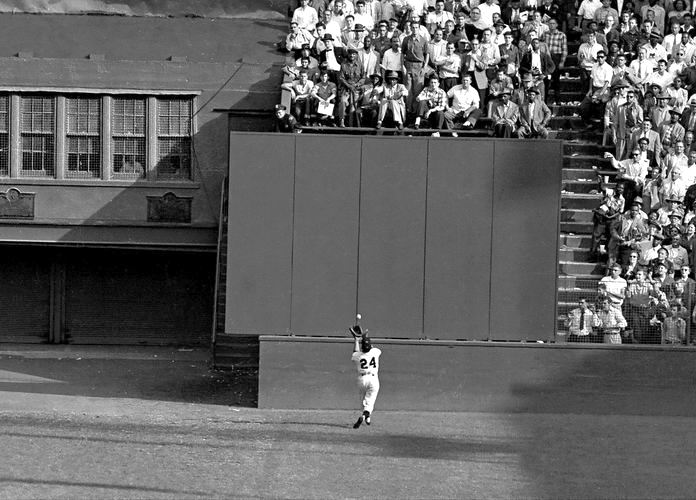 They call it “The Catch” because there’s never been anything quite like it. In game 1 of the 1954 World Series between the New York Giants and the Cleveland Indians, the score was tied at 2-2 at the top of the eighth, with the Indians at bat. They had runners on first (Al Rosen) and second (Larry Doby). That’s when Vic Wertz knocked one deep into the Polo Grounds center field.

That should have resulted in a hit, and one or more runs for the Indians, but there was one little obstacle in the way, and his name was Willie Mays.

The future Hall of Famer, running like mad, managed an incredible over-the-shoulder catch at the warning track. Mays then made a Herculean throw to second, forcing Doby—who was already rounding third—to run back in a hurry before he could be tagged out. No one scored on the play. The Indians would fail to score at all in the eighth—or the rest of the game. The Giants managed a 5-2 victory in 10 innings, en route to sweeping the World Series in four games.

It was truly a dominating performance for the Giants, but you have to wonder what would have happened if Mays hadn’t made that amazing catch. The Indians likely would have won the game, and the momentum would have been in their favor. No wonder they say defense wins championships! 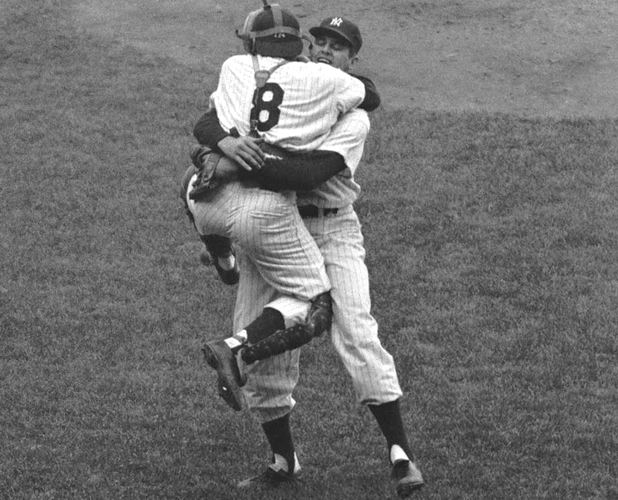 You’ve probably heard about Don Larsen’s performance in the 1956 World Series. You know how the famed New York Yankees starting pitcher took the mound, gave up four unearned runs, and was pulled from the game after 1 2⁄3 innings.

Wait—that’s not what happened! Actually, Larsen did do that in game 2, which ended in a 13-8 win for the Brooklyn Dodgers. Larsen’s next performance on the mound, in game 5, was very different.

In game 5, Don Larsen pitched a total of 97 pitches to retire all 27 Dodgers batters, leading the Yankees to a 2-0 victory.5 Larsen went to ball three exactly once in a game that lasted two hours and six minutes.6 It remains the only World Series’ perfect game. It's also the only post-season perfect game in MLB history—and Larsen did this against a team that had won 93 games during the regular season! 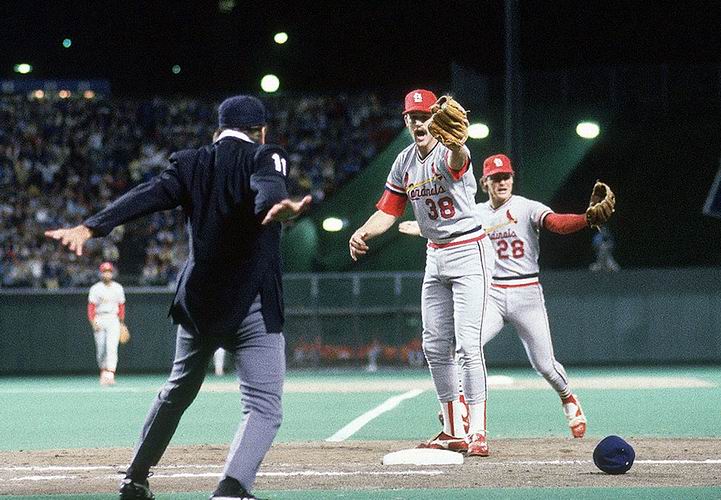 Going into the ninth inning of game six, the St. Louis Cardinals seemed headed for World Series glory. They were leading the series, three games to two, and they held a 1-0 lead as the Kansas City Royals tried to make a last-inning comeback.

Then disaster struck. Jorge Orta hit a ground ball that was fielded by first baseman Jack Clark, who tossed it to pitcher Todd Worrell, covering first. According to video coverage of the play, the ball reached Worrell’s glove before Orta reached the base—it wasn’t even all that close. However, first base umpire Don Denkinger did not see it that way. He ruled Orta safe.

As countless Cardinals fans screamed at their TV sets, Cards manager Whitey Herzog argued with Denkinger, but the ump would not reverse his call. Worse still, the blown call seemed to turn the tide for the Royals, who went on to score two runs and win game 6. Then they won the seventh—and deciding—World Series game.

Did Denkinger’s blown call effectively steal the Commissioner's Trophy from the Cardinals? There are a lot of fans in St. Louis who think so. In fact, Denkinger received death threats for a couple of years after the incident—which, it goes without saying, is not acceptable behavior. Yet critics are unquestionably correct in saying that it was a bad call.

To be fair, the Cardinals were still in the lead even after Orta was ruled safe at first and, because there were no outs at the time, the “right” call in that situation would not have ended the game. It’s certainly not Denkinger’s fault that the Cards went on to give up two runs. The game-winning run came with only one out.7

Even so, you could say that Denkinger’s call gave the Royals an undeserved boost and contributed significantly to their victory. Pretty much everyone can agree that it was a terrible call—maybe the worst in baseball history.

Interested in authentic classic baseball jerseys? At Custom Throwback Jerseys, you can purchase uniforms associated with the teams from all eras of baseball history. These are historically accurate MLB throwback jerseys that have been made to last—not cheap imitations. Explore our online catalog to learn more, and please don’t hesitate to contact us with your questions or concerns.