Being part of a World Series championship team is the goal of every player in Major League Baseball, for obvious reasons. The World Series title is not only the biggest prize in baseball, it’s one of the most prestigious championships in all of sports. It's a fiercely contested prize, though: Only one out of the 30 current major league teams will take home this year’s Commissioner’s Trophy and a collection of snazzy rings to be distributed among the players.

Although the first World Series took place in 1903, the practice of handing out actual championship rings (instead of pocket watches or some other trinket) started in 1922. 1 That year's World Series champion, the New York Giants, had the honor of receiving the first set of rings. 2 It wasn’t until the 30s that it became the custom to hand out a ring to each player on the winning team. 3

Rings are always customized in compliance with the wishes of the winning team, but you tend to find many common design elements over the years. Sometimes, though, a particular year departs radically from the traditional look. 4

Baseball is, of course, a team sport. Its history has many examples of awesome players on less-than-awesome teams, as well as journeymen who were showered with glory just for being in the right place at the right time. There are more than a few very notable players—even some Hall of Famers—who never won a World Series ring. Read on for a closer look at these unfortunate legends.

Over half a century after his death, “The Georgia Peach” is still considered one of the all-time greats. He could hit anything. In his 24-season playing career, he ended up with a batting average over .300 every single time except his rookie year, and he cleared .400 on three occasions. 5

His career batting average—listed as .366 by the Baseball Hall of Fame, although some sources say .367 6—is one of those records that will probably remain unbroken for quite some time. He also won 12 AL batting titles, including nine consecutively from 1907 to 1915, and stole home base more than anybody else ever did (54 times!). 7 8

Yet one thing Cobb couldn’t do was win a World Series. He and his Detroit Tigers made the Fall Classic three straight seasons (1907-1909), but they just couldn’t get the job done. The Tigers lost the World Series to the Chicago Cubs in 07 (four games to none) and 08 (four games to one). In 09, the Tigers came very close but lost the deciding game seven to the Pittsburgh Pirates . Cobb never had another opportunity to claim a World Series title. 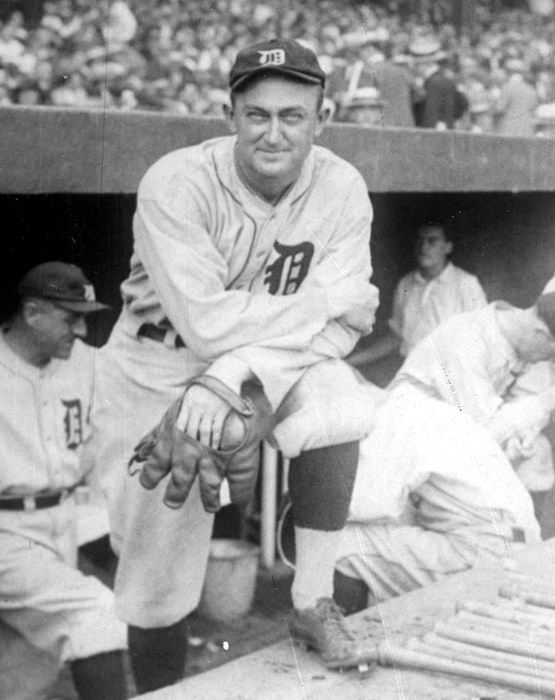 Another legendary hitter, Ted Williams remains the last person to hit .400 in an MLB season—and that happened back in 1941! His amazing stats don’t stop there. He also racked up a .482 on-base percentage over his career—another record that still stands—and six AL batting titles. 9 He once said, "All I want out of life is that when I walk down the street folks will say, 'There goes the greatest hitter that ever lived.’" 10 It’s hard to argue against that claim, but maybe Ted could have wished for a few World Series rings, along with the praise of folks on the street, because his Boston Red Sox never won the Fall Classic during his career.

Williams’ only appearance in the World Series happened in 1946, against the St. Louis Cardinals . Tragically, he had managed to hurt his elbow in an exhibition game just prior to the Series, and that probably had something to do with his less-than-stellar performance. 11 The Red Sox went on to lose four games to three. It was a hard-fought series, and you have to wonder how it might have gone if Ted Williams had been able to function at peak capacity. 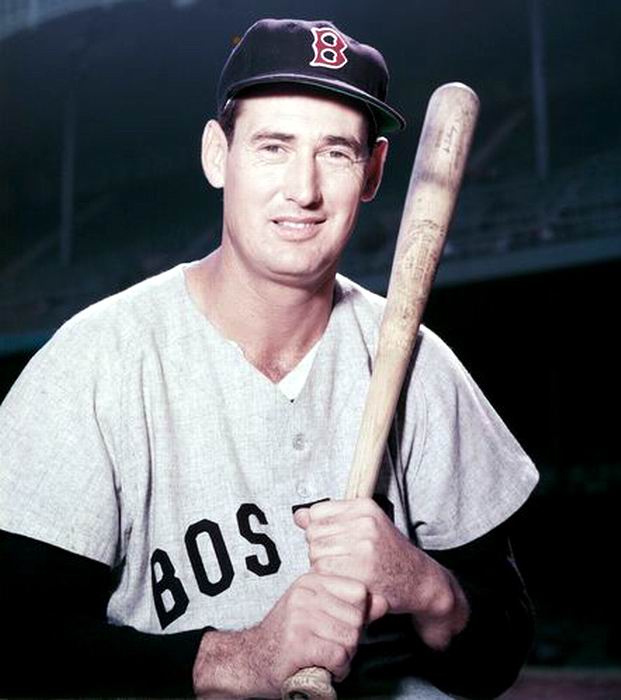 There are a lot of things you can say about Barry Bonds , good and bad, but “World Series champion” is certainly not among them. Over his 22-year career—first with the Pittsburgh Pirates , then the San Francisco Giants —Bonds made the trip to the World Series exactly once, in 2002. Bonds and company put up a tough fight, but ultimately they fell to the Anaheim Angels in seven games.

Incidentally, Bonds set a World Series record with his 1.294 slugging percentage against the Angels. 12 It still wasn’t enough for the Giants that year, though. 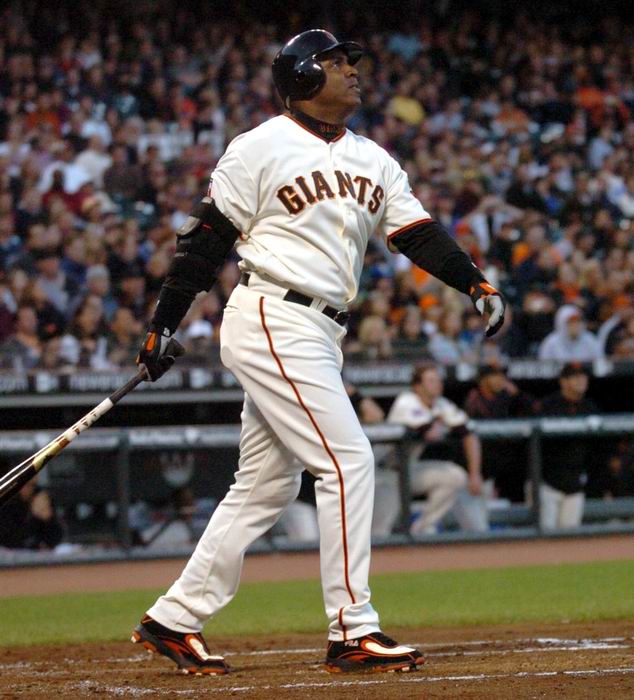 Ernie Banks made the Hall of Fame in 1977, his first year of eligibility, and there's little doubt that the Chicago Cubs star had a solid career that entitled him to that honor. He twice earned National League MVP honors (1958 & 1959), and in 1970 batted his way into the 500 home run club. 13 14 Beloved for his even temperament as well as his on-field performance, he was officially declared "Greatest Cub Ever" in a 1969 fan poll conducted by the Chicago Sun-Times. 15

Banks played his entire MLB career (1953-1971) with the Chicago Cubs. The problem is that the Cubs, as you surely know, weren’t exactly a powerhouse squad during that era, even with Banks on the squad. The Cubs never even made the postseason, much less the Fall Classic, during Banks’ career—not once. 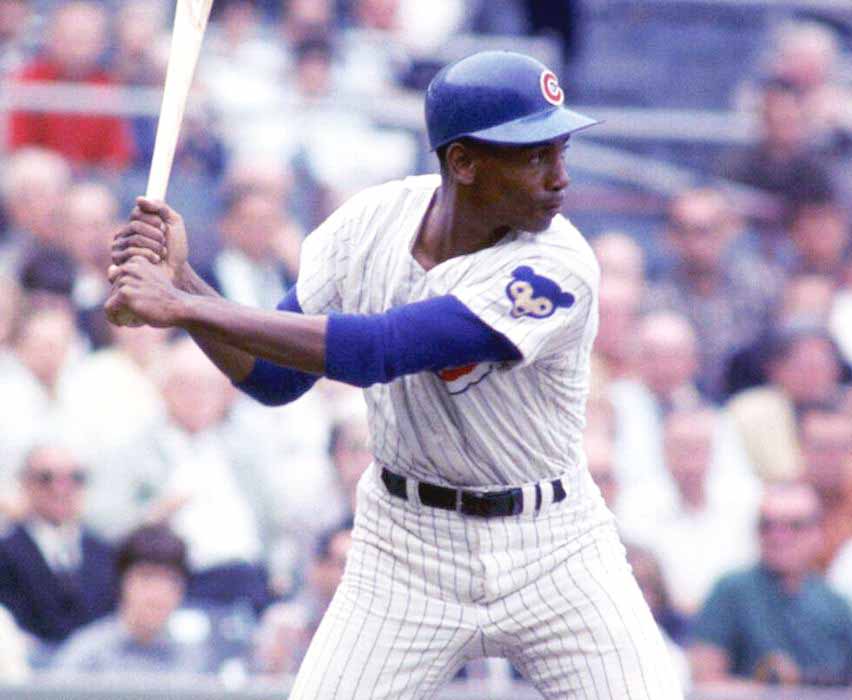 As a left fielder for the Boston Red Sox, "Yaz" had a highly respectable career that included three AL batting titles. 16 Like Banks, though, he played his whole career with a squad that was not particularly noted for its postseason luck. The Curse of the Bambino was in full effect during Yastrzemski's 23-year career. The Yastrzemski era resulted into two World Series appearances for the Red Sox—against the St. Louis Cardinals in 1967 and the Cincinnati Reds in 1975—but the team fell short in game seven of each contest. Carl Yastrzemski was inducted into the Hall of Fame in 1989. 17 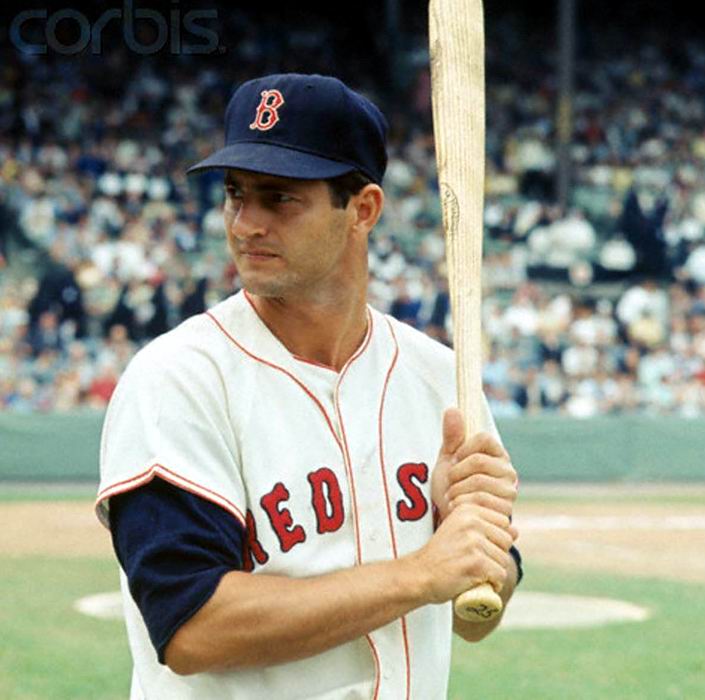 Ken Griffey Jr.'s induction into the Hall of Fame in 2016 broke a record (since re-broken by Mariano Rivera) when he received 99.3% of the vote. 18 The 10-time Gold Glove recipient hit 630 homers during his career, which he spent with the Seattle Mariners and the Cincinnati Reds (as well as part of a season with the Chicago White Sox ).19 Those kinds of numbers can get you into Cooperstown—but they won’t necessarily make you a World Series winner. "The Kid" never played on a squad that got into the Fall Classic. 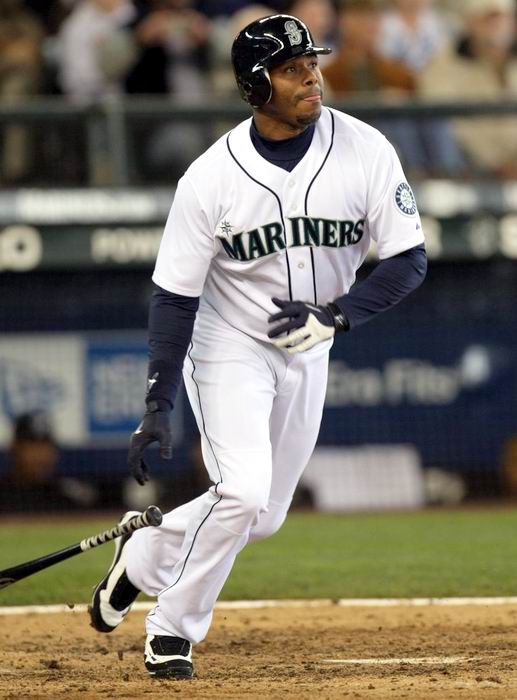 Finally, let's reach way back into time to single out the achievements of Nap Lajoie, one of the best players of the dead-ball era. He was the first AL batting champion, ending the 1901 season with a .426 average! 20 One of the most famed players of his time, he was renowned for his toughness and his on-going rivalry with Ty Cobb. How respected was Nap? When he joined the Cleveland Bronchos, the team renamed themselves the Cleveland Naps in his honor. 21 Sadly, he’s yet another awesome player who never had the chance to take the field in a World Series game. 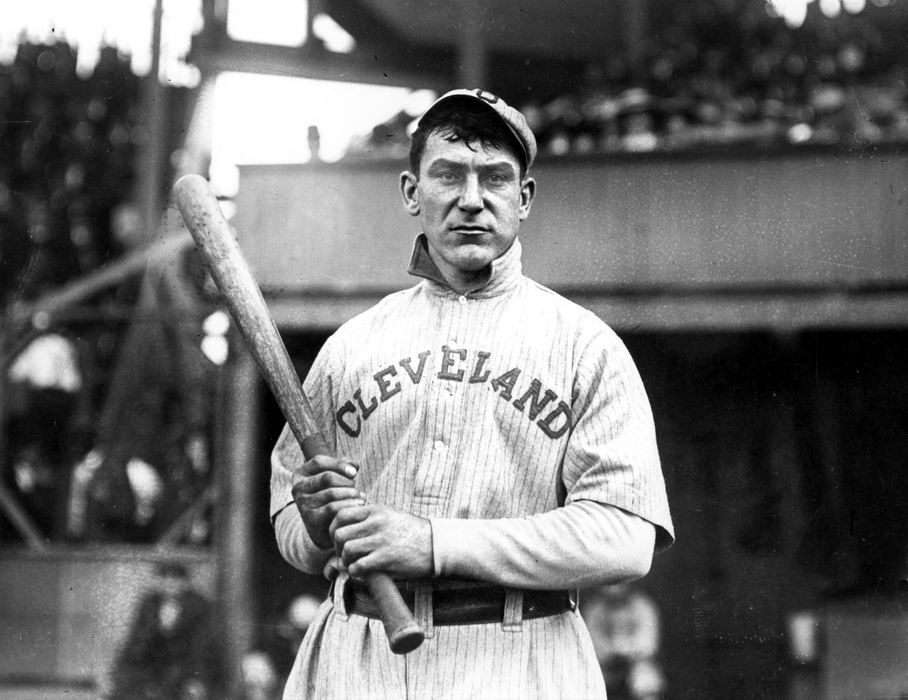 Show Your Connection to the Game

Collecting MLB baseball home and away jerseys is a fantastic way to stay connected to the history of this incredible game. You can always rely on us to deliver the best MLB baseball jerseys around. Unlike many other baseball jersey websites, we go the extra mile to ensure historical accuracy and create durable, wearable products. Check out the MLB all-star jerseys we have for you at Custom Throwback Jerseys!