Among baseball fans, it’s unavoidable that a lot of conversations end up focusing on that celebrated museum over in Cooperstown, New York. Pretty much every serious fan has their own list of favorites who have been unfairly shut out of the Hall of Fame—and if you want to hear all about the topic at considerable length, just ask them. These arguments are partly a matter of personal taste—we all have our heroes—but you do tend to hear many of the same names over and over.

There are many players who are widely agreed to be worthy of the Hall of Fame—but, for one reason or another, they never got enough votes to gain entry. Some of those individuals were tainted by scandal. Others are borderline cases—players with perfectly respectable careers who were overshadowed by more acclaimed stars.

With Cooperstown getting ready to officially induct the Class of 2020 in July, now’s as good a time as any to renew the age-old debate about the perennial near-misses in Hall of Fame history. Here’s a look at the best MLB players who never got the call from the Hall. 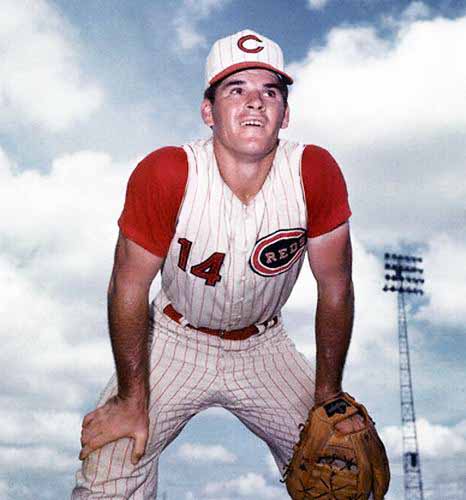 Nobody in their right mind denies that Pete Rose put up stats worthy of the Hall of Fame. He still owns a ton of career MLB records, including most at-bats (14,053), most singles (3215), most games played (3562), most total times on base (5929), and most runs as a switch hitter (2165). He is also the only player to log 500 games at five different positions (first base, second base, third base, left field, and right field).1

Of course, there’s one record that rises above all the rest: 4256 career hits. Rose sits on top of the career hits leaderboard, and that’s not going to change any time soon. The thing is, nearly every other player with 3000 career hits is in the Hall of Fame, but the all-time hits king—the incomparable Charlie Hustle—isn’t.2, 3

There’s no mystery why Pete Rose isn’t in Cooperstown. In 1989, he was banned from baseball for violating Major League Rule 21, which reads in part, “Any player, umpire, or Club or League official or employee, who shall bet any sum whatsoever upon any baseball game in connection with which the bettor has a duty to perform, shall be declared permanently ineligible.”4

By all accounts, including Rose's autobiography, he bet “any sum whatsoever” on quite a few occasions. The Hall of Fame decided in 1991 that players on the MLB ineligible list would be henceforth barred from induction.5

Rose keeps petitioning to lift the ban, and he even has support from Donald Trump on this, but Cooperstown shows no sign of changing its mind.6 It seems as if Rose might have to settle for being an inductee in the WWE Hall of Fame (Class of 2004).7 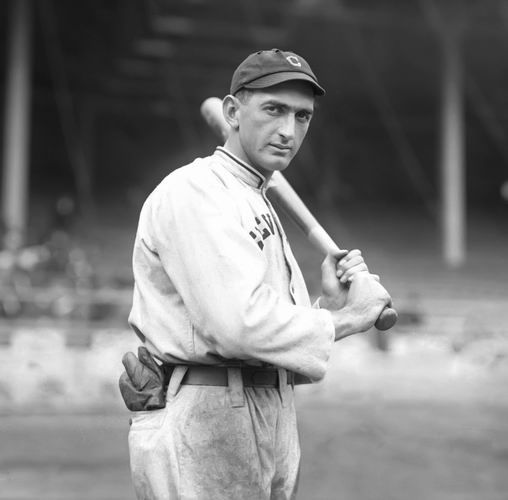 Legendary outfielder Joe Jackson (1887-1951) is another victim of the MLB ineligible list, which, under present rules, bars him from entry into Cooperstown. The circumstances by which he got on that list have been argued about endlessly for a full century now, but there is no doubt that Shoeless Joe was an amazing player—he had a .356 career batting average!8

He was the most accomplished of the players who were caught up in the "Black Sox Scandal" that erupted after the 1919 World Series. Shoeless Joe and seven of his teammates were accused of taking bribes to lose the World Series to the Cincinnati Reds. The matter went before a jury, which acquitted the Black Sox on all counts. Nevertheless, baseball commissioner Kenesaw Mountain Landis was not swayed by the jury’s verdict. He permanently banned the eight Black Sox players, Joe included, from ever playing in another MLB game.9

Today, there is no doubt that there was some kind of fix going on, but whether Shoeless Joe was truly involved remains unclear. The pro-Joe contingent likes to point out that Shoeless Joe had 12 hits during that World Series, setting a record that stood for decades.10 They also like to point out Joe’s persistent refusal to admit guilt, even decades after the fact. The anti-Joe side tends to bring up the confession that he made to the grand jury that seemingly implicates him in the scandal.11 The controversy may never be resolved. 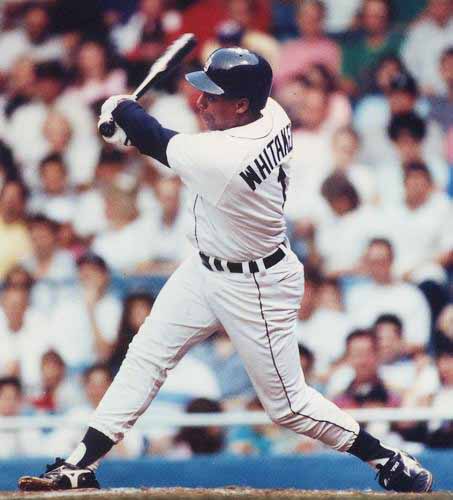 In the 80s, the Detroit Tigers had one of the best double play combos of all time with shortstop Alan Trammel and second baseman Lou Whitaker. Whitaker was an important part of the Tigers’ 1984 championship squad, and he also racked up a number of individual honors, including three Gold Gloves, four Silver Slugger Awards, and five All-Star appearances.

Yet Whitaker isn't in the Hall of Fame. He was permanently deleted from the BBWAA ballot after getting a dismal 2.9% of the vote in 2001, and the Modern Era Committee, which votes for players from the 1970-1987 time frame, still hasn’t collected the votes needed to get Whitaker in.12, 13

What’s especially odd about Whitaker’s omission is that his old buddy and teammate Trammel is in the Hall of Fame, having gotten inducted in 2018 on the Modern Era ballot. Trammel’s career stats are extremely similar to Whitaker’s. If Trammel deserves to be in Cooperstown, how in blazes can anyone claim that Whitaker doesn’t? With any luck, this oversight will be corrected soon. 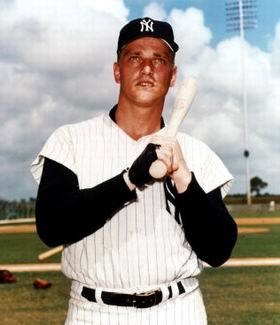 The story of Roger Maris’ 61 home run season in 1961, which broke Babe Ruth’s decades-old record, is widely known even among people who have never watched a baseball game in their lives. So it may come as a surprise to some that Maris isn’t in the Hall of Fame.

In part, this may be due to lingering animosity from sportswriters, with whom Roger Maris had a notoriously testy relationship. Let’s not forget that the Baseball Writers' Association of America is responsible for voting players into the Hall of Fame. Yet it can also be argued that, aside from Maris’ record-breaking season, his stats aren’t all that impressive. He ended his 12-year career with 275 home runs, 1325 hits, and a .260 batting average.14 Those are decent numbers—but are they really worthy of the Hall of Fame? A lot of voters don’t seem to think so. 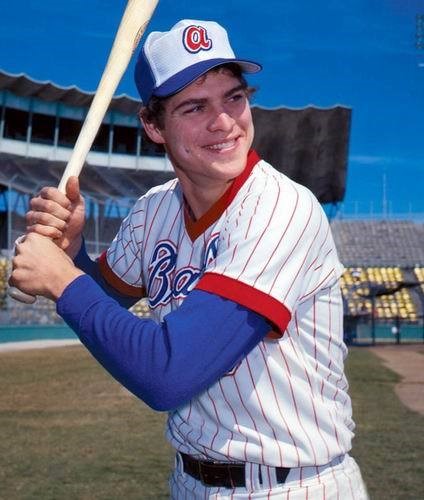 Dale Murphy is one of those notable players whose achievements may fall into the “not quite” category. You could certainly make a strong, if not indisputable, argument for admitting him into the Hall of Fame. During his 18-year career, Murphy snagged five Gold Gloves, four Silver Slugger Awards, and two National League MVP plaques.15 He's also a member of the 30-30 club, as he hit 36 homers and stole 30 bases during the 1983 season.16 These are all impressive achievements, but, for many voters, he just lacked that special quality that vaults players into Cooperstown. 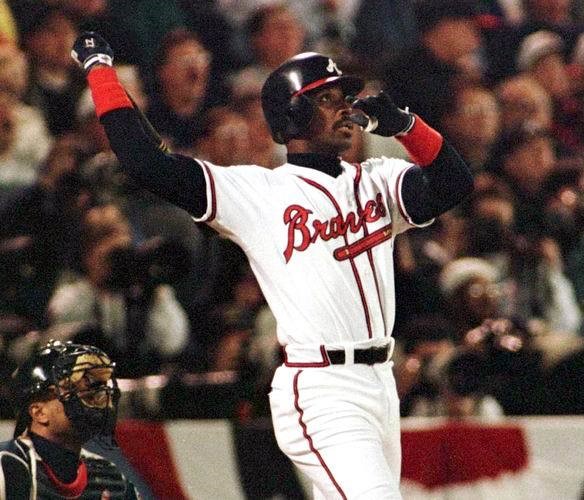 Speaking of the “not quite” crew, first baseman Fred McGriff certainly deserves an honorable mention. McGriff didn’t quite hit 500 home runs—he knocked 493 balls over the fence, which is the exact same career total as Lou Gehrig. Every other eligible player with that many homers is in the Hall of Fame, with the exception of certain individuals whose reputations have been damaged by accusations of steroid use.17 McGriff, however, has never been implicated as a user of performance-enhancing substances.

Fred McGriff is no longer eligible to be inducted on the BBWAA ballot, but it’s definitely possible that the Veterans Committee will eventually give him the okay.

We’ve deliberately avoided talking about recently retired players who are still in the ten-year eligibility period on the Baseball Writers’ Association of America ballot. These players include Barry Bonds, Roger Clemens, and Curt Schilling, who have all gained well over 50% of the BBWAA vote in recent years but remain short of the 75% required for entry into the Hall of Fame. All three players have two more years of eligibility before they will be dropped from the BBWAA ballot.

If you're searching for the best MLB throwback jerseys for sale on the internet, you can always come to us. Custom Throwback Jerseys has a huge selection of apparel that honors the top baseball players in history. Explore our online catalog to learn more about our custom baseball jerseys for sale.