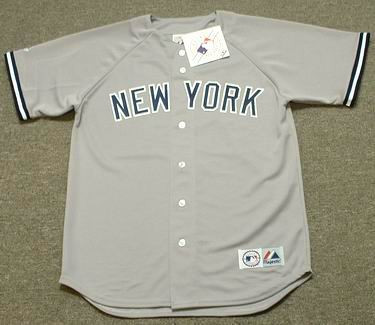 Team Logo(s) Features:
- "New York" is sewn on the front of the jersey in 2-colors

Players Number(s) "Customization" features:
- # 44 is professionally sewn on the back of the jersey in 2-color Pro Twill fabric
- The numbers are customized (sewn) in the "Yankees" official style font and colors

Please do not confuse or compare the above jersey we are selling to other similar Majestic Replica jerseys being sold by other sellers online. The jersey we are selling features the front team logo "Sewn" on. The jerseys being sold elsewhere feature the front team logo "Printed" on. Although the jerseys may look the same, there is no comparison in quality