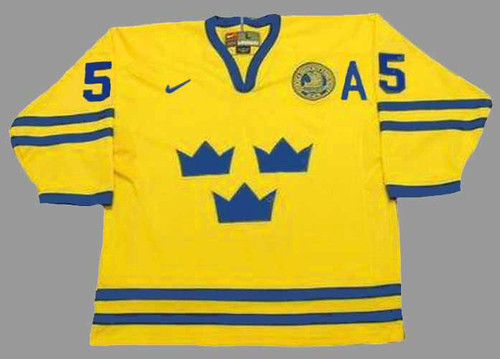 TEAM LOGO(S) FEATURES:
- "Team Sweden" embroidered crests are sewn on the front of the jersey